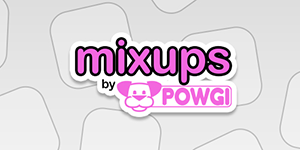 The mixed-up anagram puzzle, where three connected words are hidden among a jumble of letters. There’s only one solution that uses every letter once, and it’s more challenging than you might think!

Mixups by POWGI contains 600 hand-crafted puzzles covering a variety of topics, which will keep you unscrambling for hours! If you like anagram games, you’ll love this new challenge.

Also available on Nintendo Switch as part of Word Puzzles by POWGI Deluxe Edition. This standalone game contains the additional DLC puzzles available for the Switch version as standard.