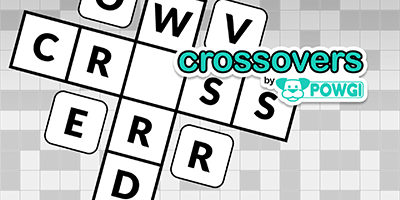 Solve crossword puzzles – one letter at a time! Crossovers are little crosswords with just one letter missing. Find the letters, then unscramble them to solve the cryptic clue.

Crossovers by POWGI contains 200 crossword clues – and 200 terrible jokes, as a “reward” for solving each one.